I’ve gotten a lot of positive feedback on In the Shadow of The Lighthouse. People want more stories set in the Lake Erie islands.  I love history and doing research so my stories, although fiction, are based in real places with some history thrown in.  I love Kelleys Island and decided that my fourth book would be set there. Of course I need at least one contact person who I can pump for the bizarre and gruesome that will trigger a story in my head. Not an easy task when the island is only about four square miles in size with a population of just over three hundred permanent residents. This wasn’t going to be easy, but heck, I still have books two and three to finish.  I thought about hanging out at one of the B&Bs on the island for a week or two, travel the back roads (really?) in a golf cart and look for an old-timer with stories of dead bodies, smugglers, and horrendous storms. That plan got put on a back burner. 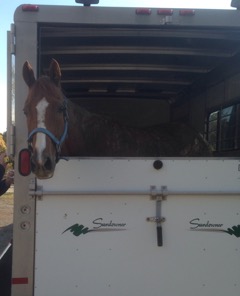 As the Executive Director for CANTER Ohio I see a lot of adoption applications from all over the country from people wanting to adopt our horses. I couldn’t believe my eyes when I saw that the potential adopter lives on Kelleys Island. Horses on Kelleys? Who would have thought? Even as a fiction writer I wouldn’t have put horses on Kelleys. Not only did my contact come to me, but she brought a resident of Marblehead with her.  Oh yeah, she loved the horse.  Stormy Dude, the tall chestnut ex-racehorse, left today for his new home. I wonder how he handled the twenty-minute ferry ride with the scents of Lake Erie and the raucous call of sea gulls overhead?

So, serendipity stepped in and I have my contacts. I’ll be spending a lot of time on Kelleys Island searching for my next story. It may even contain a horse named Stormy Dude. 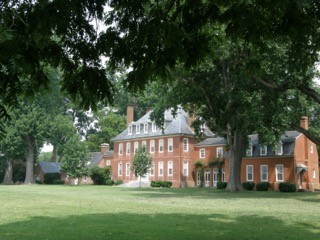 Writing is such a solitary process. Sitting alone at the computer with only your ideas awaiting their translation into black-and-white. However, for me, the creative juices keep flowing wherever I am or whatever I’m doing. The new story keeps me company whether I’m gardening or running errands. Editing, however, keeps me locked in my chair and rewriting what I thought was a fascinating manuscript. My editor picks the story apart like a vulture on road-kill. In The Shadow Of The Lighthouse was too long. I needed to cut 60,000 words, bringing the total word-count down to 100,000. Then I needed to put the first chapter toward the end of the book. I wondered if it would ever be published.

I’m what is known as a Pantser in the writing world. I don’t outline, chart character development or pre-determine what will happen in each chapter. I write the story that’s in my head (first draft). Then I begin researching, making sure my scenes are accurate to the period of the story and give my characters life (second draft). The third or fourth draft goes to the editor and the hard part begins.

That’s where I am now, and have been since last December when I received A Beacon In The Dark back from my editor. I’ve made the requested changes, only to have more changes noted. It’s frustrating, especially since a third book, It Started With Besse, is waiting in the first draft stage. I love writing . . . I hate rewriting. However, I’ve found a part of editing which allows me to travel back to wonderful places.

Whenever possible, I travel to the locations I’ve written about to make sure I have my facts correct and get the “feel” of the surroundings. In The Shadow Of The Lighthouse took me to Marblehead, Ohio and Port Clinton. There were also side trips to Kelleys Island and Put-In-Bay. A Beacon In The Dark took me to the Waldorf Astoria in New York, Norfolk, Virginia and the plantations along the James River. Back in the early 1970s, I was given a book of Notable American Houses.

A two-page photo of Westover plantation caught my attention. I thought it the most beautiful house I’d ever seen. So when I needed a Virginia plantation for my story, it could only be Westover. I searched for information, which at the time was limited since the house was, and still is, a family residence. Then in 2011 following the Romance Writers of America conference in New York, I drove to Virginia. Only the grounds were open to the public, but that was enough . . . I fell in love with Westover. I took pictures of everything and spent hours walking the property and sitting on various benches. Through the many photos of the house and outbuildings, I was able to make my story come alive. The sounds of the river and the scent of the huge boxwoods will always be with me.

I may be sitting at my computer editing, but I’m not alone. My memories of Westover are with me, encouraging me to add this-or-that little piece of information I’d forgotten during the last edit. 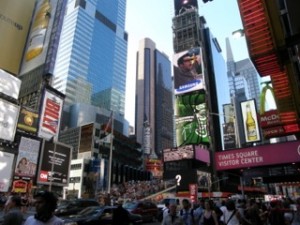 I’ve spent enough time in workshops with Nora Roberts to know the answer. “You put your ass in the chair and write!”

Well, my ass has been in the chair for weeks and I haven’t written a single new word in my third book, It Started With Besse. Why, you ask? It’s not for lack of trying––more like a lack of scheduling. Maybe I missed the session when Nora explained the art of prioritizing. What to do when you’ve received your manuscript back from the editor with a gazillion changes (it’s like re-writing the book). And you have the final editor waiting for the pages to proof for punctuation and grammar. Just when you’re on a roll and the end is in sight your publisher sends the final proof of your first book. Yep, it needs to be read for any changes before going to print. Right now I’m feeling about as much in control as I did walking in Times Square!

Meanwhile, what keeps sneaking into my thoughts is the final research needed to finish Besse. This time, I don’t have to travel to New York or Virginia. Everything I need to see is no more than a half-hour drive away . . . old buildings, tunnels and a mine. But that adventure must wait until after Lighthouse goes to print.

In case you’ve lost track, I’m working on three books. In The Shadow Of The Lighthouse is almost ready for print, A Beacon In The Dark is being edited, and It Started With Besse is, well, just hanging right now.

I’m trying, Nora. My ass is definitely in the chair!