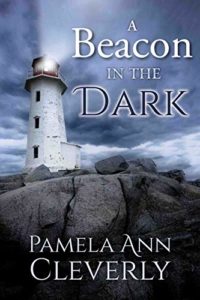 I’m so excited to announce my second book, A Beacon In The Dark, is now available at Amazon, Barnes & Noble, Apple and Kobo. This has been a long time coming and hopefully no future book will take three years to publish.

Why so long when I announced in December of 2015 that it would be available in 2016? It all fell apart in the final edit. Oh sure, I had Olivia growing and evolving as a character, but I needed to show why and how this happened. Proving her grandmother was murdered and who the killer was just wasn’t enough. Neither was finding out who her mother really was. The answer was adding conflict, conflict and more conflict along with a heaping dose of internal battles as Olivia questions her own beliefs.

The process was long and, often times, frustrating but I’m happy with the added suspense and tension. I hope you enjoy it as well.